Shots In The Dark 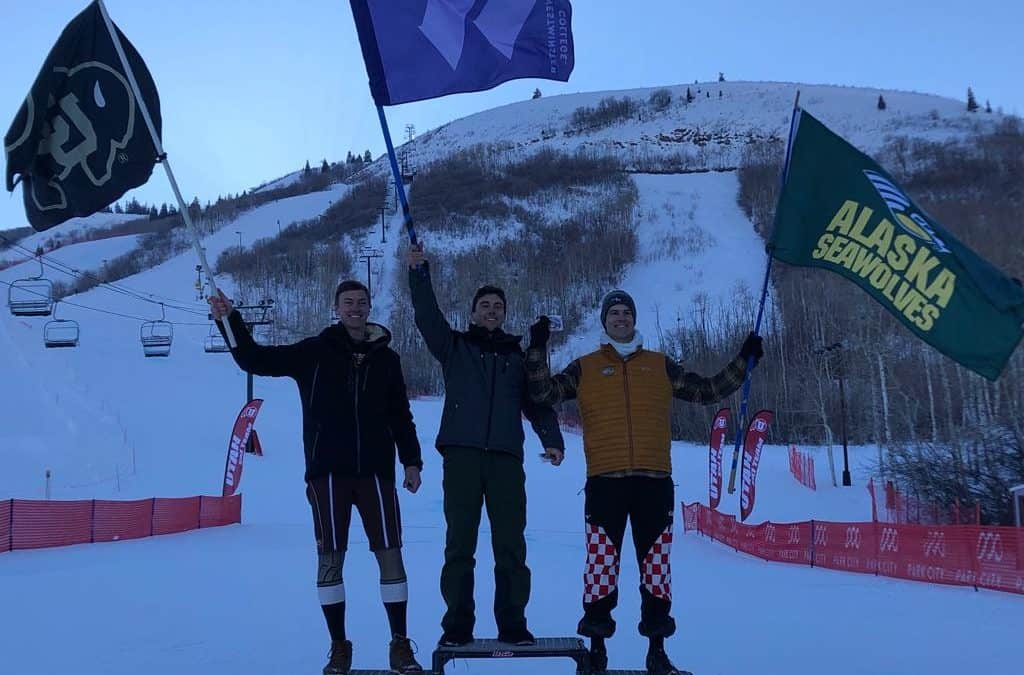 Alaska is famous for being really light. Land of the midnight sun. But right or wrong, our northern paradise is better known for being really dark. Both seasons have their pros and cons. Anchorage, resting at 60 degrees latitude north, owns the Alaska-lite version of daylight surplus and deficit when compared with our neighbors closer to the Arctic Circle. That being said, we look forward to a little southbound travel in January. A chance to see the sun traveling at higher angles across the horizon.

After a successful January camp at home on perfect snow, we decided to travel down to the lower 48 early. A lack of snow in the Rockies forced race organizers to cancel events we had targeted in December, and I needed to find some pace for our team before the first NCAA series in Montana. I phoned a friend.

JJ, the head coach for the University of Utah, was willing to team up for three days of training in Park City before heading up to the Montana State series. “Come on down,” said JJ. “It’ll be good for my kids too. I’ll let you know times and venues when we get closer.” Park City, Utah is a busy place. Resort traffic in Summit County can rival Manhattan in mid-winter. When JJ told me to link up at the base of the Payday lift at 6 am, I was somewhat relieved. The early alarm aside, I wouldn’t spend an hour in gridlock.

Population density and demand for training space drives the need for pre-dawn productivity. Full length GS needs to happen before public has access to the mountain. For the first three days in Utah, our team skied from the pitch black of night into the early morning daybreak. We had just left the shadows of Alaska to be…back in the dark. At least I was saving money on sunscreen. 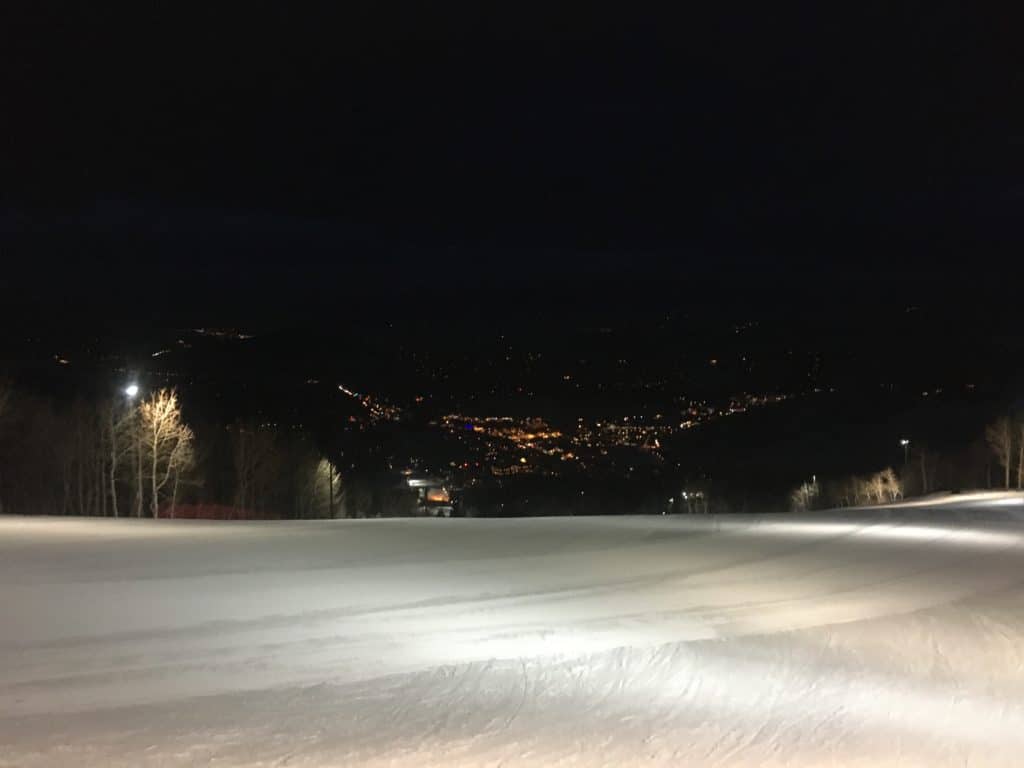 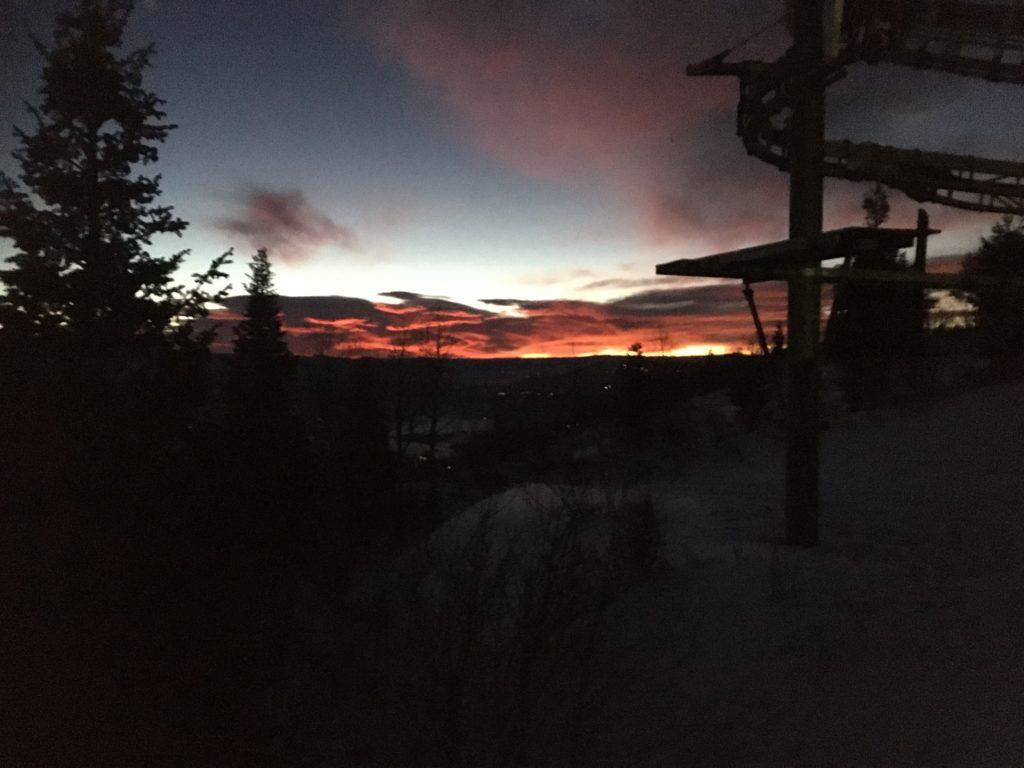 Three days of mixing it up with the Utes was a good move. They are the National Champions after all, and a good measure of how we stack up against an NCAA field of monster talent. In training, it was apparent that our group was close, but cigars were a long way from being passed out. Although we made good progress in our early January training block, the need to double down in our pursuit of catching the titleholders was obvious. That reality was quickly approaching with the Montana State University Invite one day away.

Salt Lake City to Bozeman, Montana is 423 miles. We moved out of the Home 2 Suites in the foothills of the Wasatch and loaded 66 pieces of luggage into the beds of three full size Dodge Ram trucks. The drive was uneventful. Rugged western mountain landscape sped by at I-15’s posted speed limit and our freshman gazed at the expanse of rural America. After six hours of windshield time, we pulled into the Lucky Dog Lodge in the Four Corner’s neighborhood of Bozeman. Time to go ski racing. 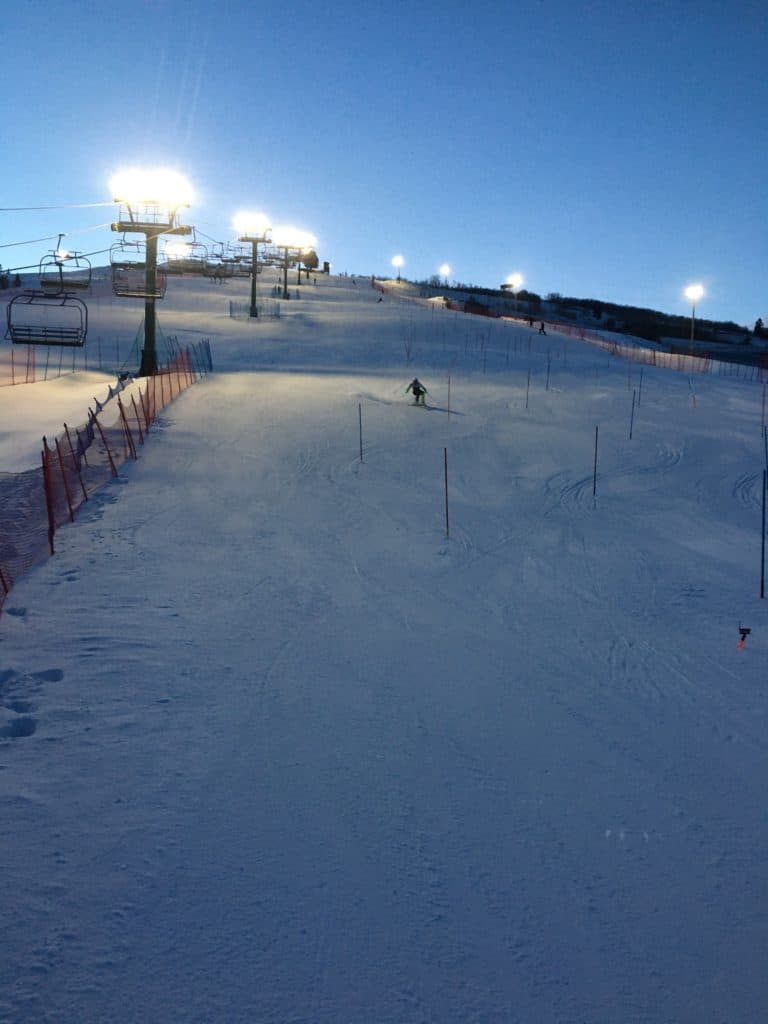 An insane amount of work goes into producing a result from two sixty-second race runs. You can do everything right, but one small mistake can trip a catastrophic chain of disaster. Focus, confidence, and skill are your tools to overcome the variables of start position, weather, and course sets. It’s a battle. Particularly for our team starting mostly in the back. College ski racing rewards consistency, but only if you are consistently fast. Breaking into the seed for an early bib is tough sledding.

Our team launched an attack from the back. Giant Slalom has been a work in progress. The kids are skiing sections technically well, but we’re missing the groundspeed. Our women were able to inch up the start list, but only Didrik skied well enough to stay in the guy’s seed. Slalom went a little better. Alyssa showed signs of life, Jan moved up, and Leon came away with a podium 3rd place finish. Not exactly where we wanted to be, but enough for the group to feed on.

After four days of training, racing, extensive video review, and a lot of grocery shopping, it was time to reload 66 heavy bags back into three trucks. A fast-moving winter storm forced us to change our south bound route. Adding waypoints to circumvent poor road conditions piled an extra hour of travel to the journey, but at least the scenery was different. We made it back to our Salt Lake City residence hotel by sunset and prepped for another four-day dogfight. 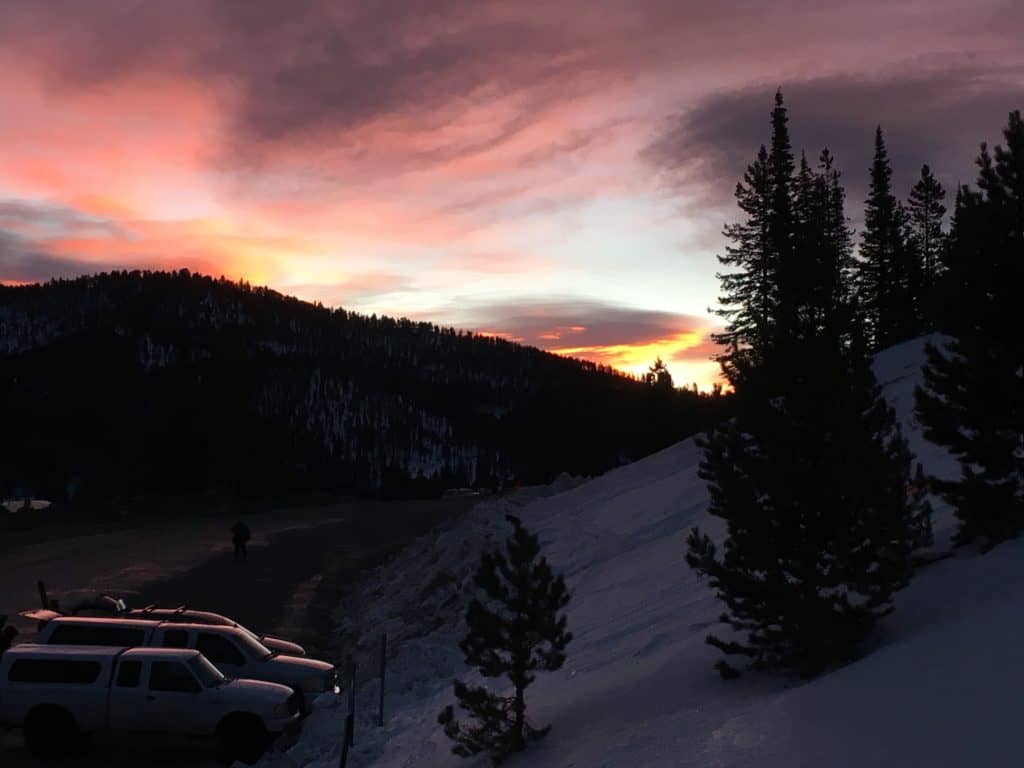 Park City Utah’s CB’s Run is an Olympic GS venue. The hill is relentless. Kicking out of the start, you skate as hard as you can for 25 meters and then throw yourself forward as the terrain breaks hard for the valley floor. Speeds accelerate as you attempt to keep your skis connected to the snow and keep pace with the swing of the course-set. The steep top pitch is connected to the lower pitch by what is aptly called a “false flat.” Screw that up and your day is immediately over. The second pitch exits on a hard right footed fall-away across a long flat. No matter how the course is set, you need to be clean off the final pitch to carry your speed into the finish. Small mistakes are expensive, and can be the difference between a podium or standing outside the flip 30.

The official training day was encouraging. In timing, our group was right there with some of the top athletes from the other teams. The vibe was generally loose and ripe for confidence cultivation. Everything you could ask for from a sunny afternoon on the competition venue. Race day, however, has an energy all to its own. Posturing and gamesmanship factor into a tight inspection and warm up schedule. Start numbers are worn like scarlet letters and the judging begins before the cadence of the start speaker is heard counting down to go time. No matter how good you are, drowning out the noise, ignoring the static, or pretending not to care is different when the elapsed time between start and finish counts.

Small mistakes again plagued our team. Missing the flip 30 by two hundredths of a second for the second series in a row, Hunter missed going first on the second run by a breath of wind. Agonizing, but part of the game. We continue to move up in GS. Our guys own the 20’s right now, and we’ll need to grab another gear if we want to stand on the podium in March. Our two freshman women are making good gains. Alyssa Hill finished in the 20’s in Montana, the teen’s at the first Utah GS, and landed inside the top 10 by the final Giant Slalom. Ashleigh is close to making the same kind of moves. Slalom, in all of its wickedness, has been kinder. We finished 3rd as a team in the University of Utah Invite, largely on the outstanding performance of our Nordic men. All in all, the group is fighting. Their level continues to rise through a stacked field and we’ll keep taking our shots…even if they’re sometimes in the dark. 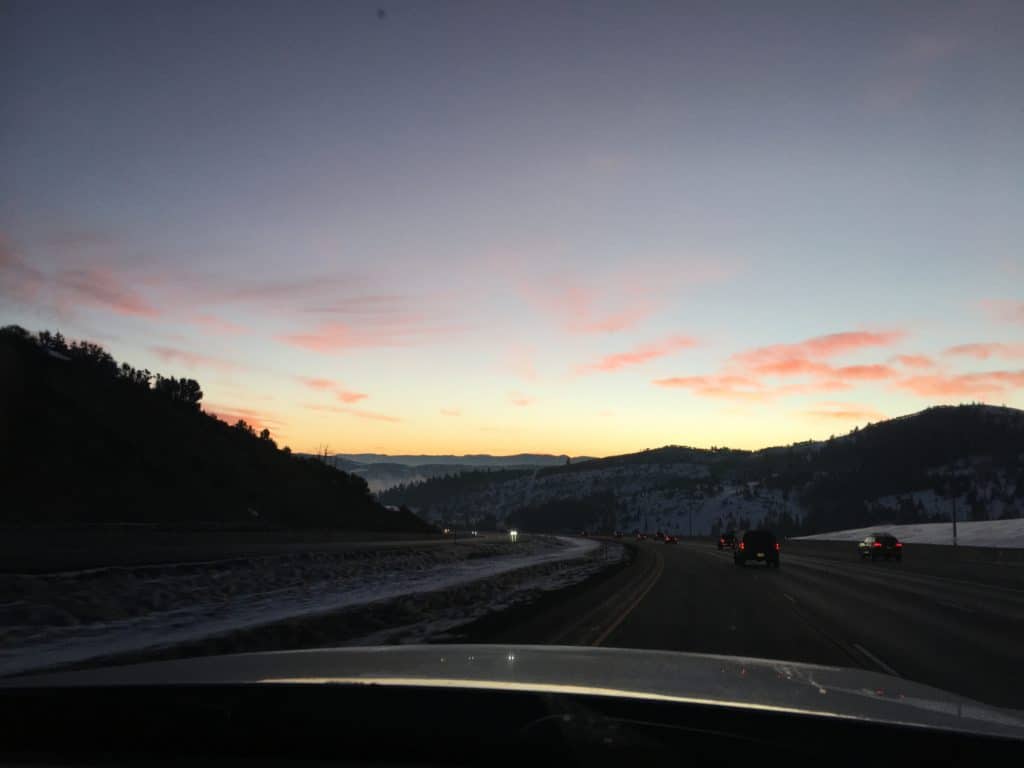 No daylight was harmed in the making of this road trip. 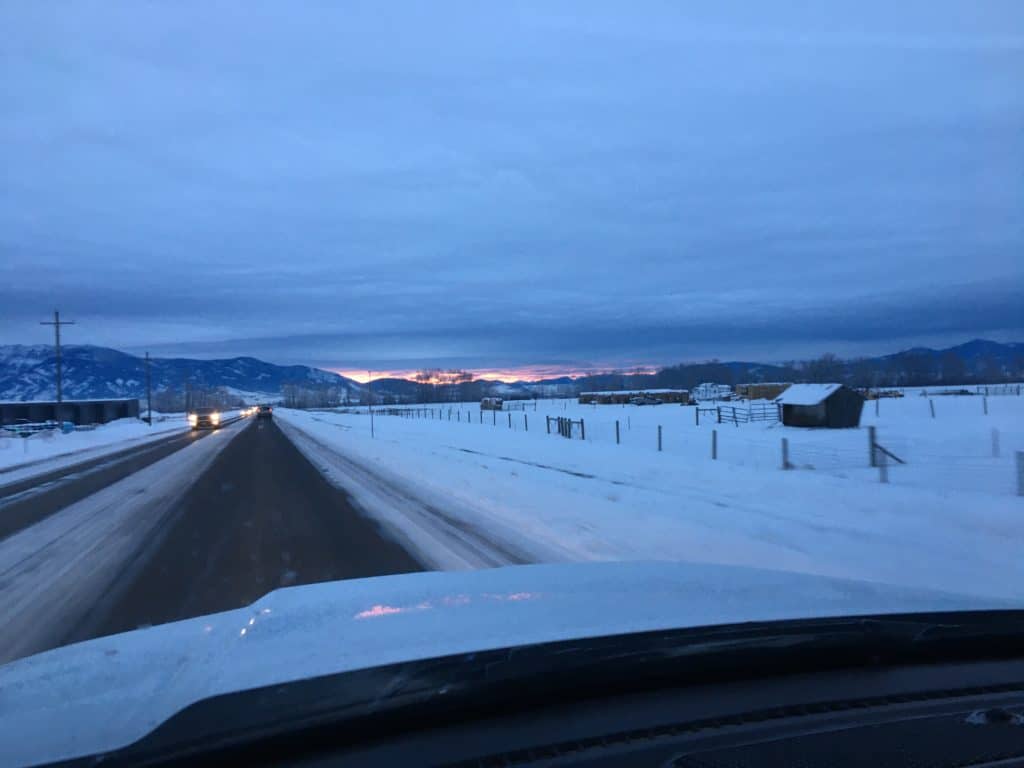