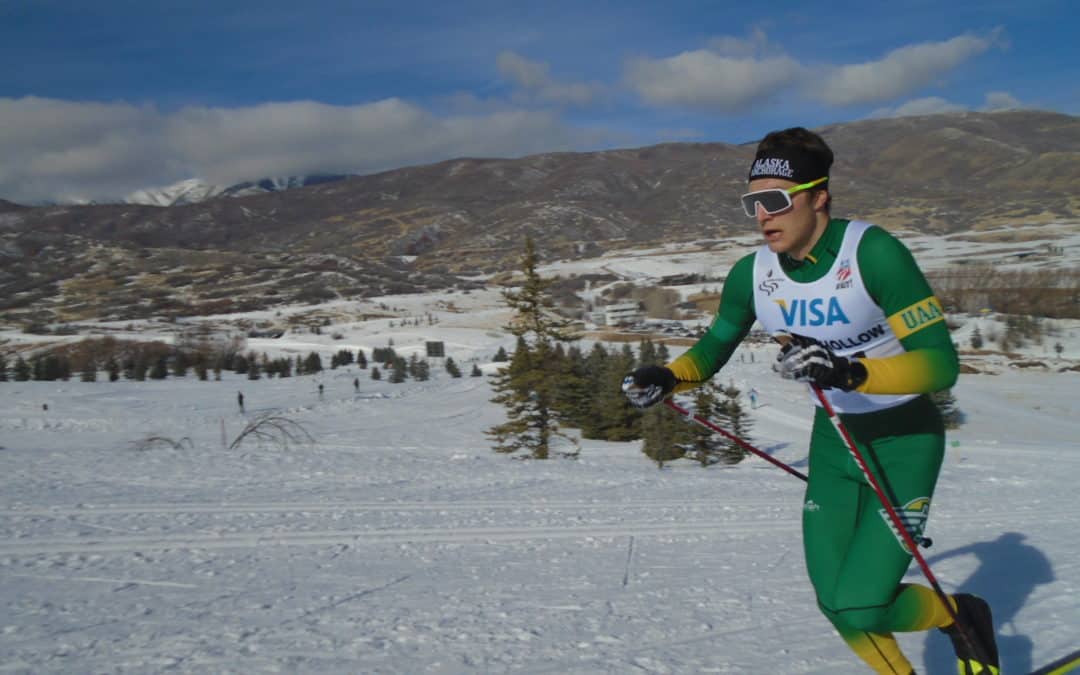 The big news coming out of Thanksgiving weekend was JC Schoonmaker’s 7th place FIS World Cup classic sprint finish in Ruka, Finland. With his teammates glued to the live feed, JC posted the fifth-fastest qualification time (the top 30 advance to six-skier heats), then came from behind to place second in his quarterfinal.

In a rowdy semifinal, our Seawolf tangled with a pair of Swedes trying to make an inside run on the last lap. JC is a big strong kid. Locked in and laser focused, he pulled even on the Swedes who got sucked under JC’s stride. Blue and gold collided under a cloud of cold smoke behind an accelerating Schoonmaker, who finished third in the heat and landed a career best 7th place finish. Rubbing is racing, and it was fun to see JC make his way over to fist bump the Swedes after the heat. 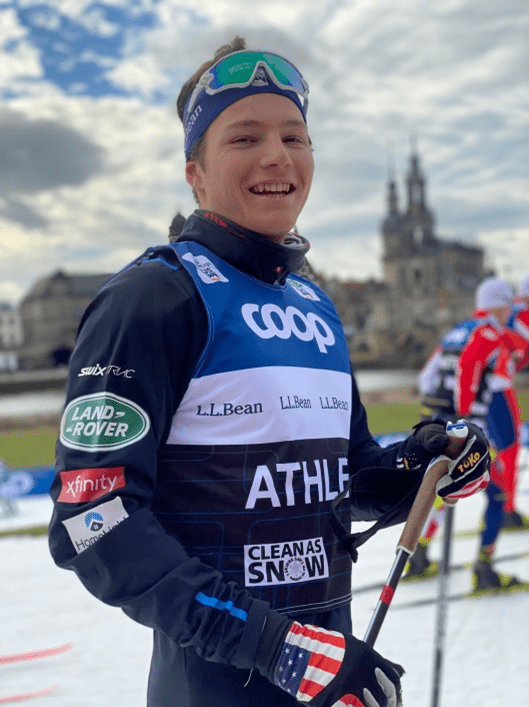 Meanwhile in the Yukon, our Alpine crew wrapped up their third training block at Mt. Sima. Giant Slalom featured prominently entering the weekend, taking three of the final four training days. The team was treated to an amazing Thanksgiving dinner by the Dueling family on Thursday with all the traditional fixings. We can’t say enough about the Deuling’s and Hyne’s hospitality and generosity. Both families provided a true home away from home away from home. I don’t think anyone wanted to leave Whitehorse on Sunday morning.

With trucks loaded, our group pulled out of town for the long-haul return to Anchorage. Except for an unnecessarily long delay by overzealous border agents at US Customs, we made the estimated 12 hour journey in exactly 12 uneventful hours. Bright sun did nothing to charge the negative 30 F atmosphere along our route, forcing our fueling stops to be brief and efficient. If JC ever needs a pit crew, the Alpiners are primed and ready to take care of business. 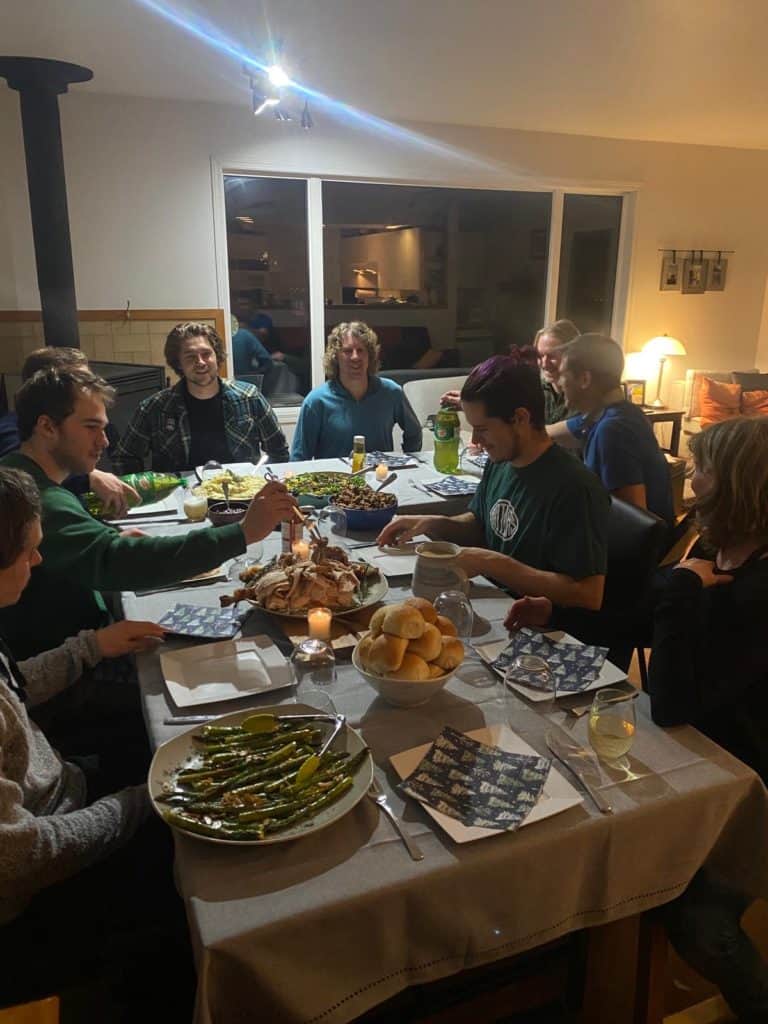 Thanksgiving at the Duelings with the works.

November is now in the rear view. Aluminum Zarges box’s await me in the office alongside bundles of red and blue plastic at the Alaska Airlines Center. I woke up Tuesday to my phone blowing up on the nightstand. Horrible news travels the fastest. In the early morning hours, our friend and Athletic Director Greg Myford, acceded to esophageal cancer. His death was unexpected. At least to me. The last time we spoke he was upbeat and excited about our upcoming season.

As I try and wade through three weeks of receipts in an attempt to finalize my expense report, it occurs to me how exceptional our world is. I’m grateful to have known Greg, who spent his life in high level executive athletics roles. I’ve been fortunate to work with many talented people throughout my 30 plus year career, and can think back to exactly four bosses who had a profound impact on me. Craig Antonides of the Holderness School taught me everything I know about anything; Gerry Ducharme of Ducharme Associates was a true mentor and provided me with mountains of knowledge in the PR and advertising arena; Steve Cobb, former Athletic Director at UAA, showed me how to fight Goliath while passing the beer nuts; and Greg Myford, whose inclusiveness projecting quiet confidence revealed a unique example of genuine and interested leadership.

The Alaska Nordic Cup is now just one day away. UAF is in town for a pair of races to kick off the collegiate year. Reflecting on all the work that goes into preparing for the competition season, I think back to all of the amazing athletes we’ve been able to work with over the years. It’s certainly a journey. I’m thankful to my family, all of my coaches and mentors, parents and kids, athletes and alumni, and supporters and friends of UAA Skiing. This weekend we’ll swing the hammer in hopes of crushing the Nooks, and I for one will feel Greg’s grip on the handle. 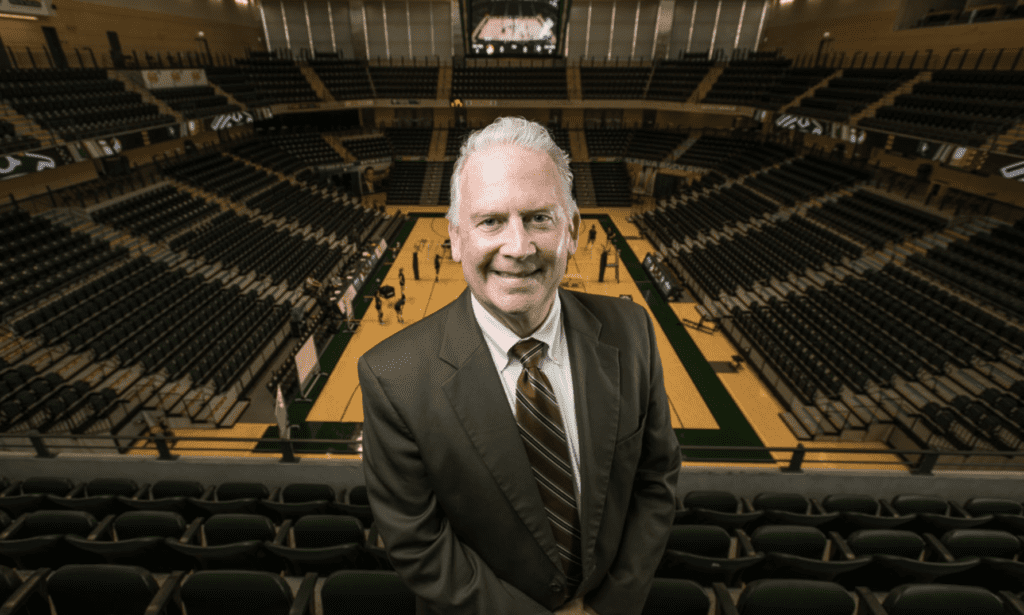